That's Weird, Grandma Made Me Choke and Cry 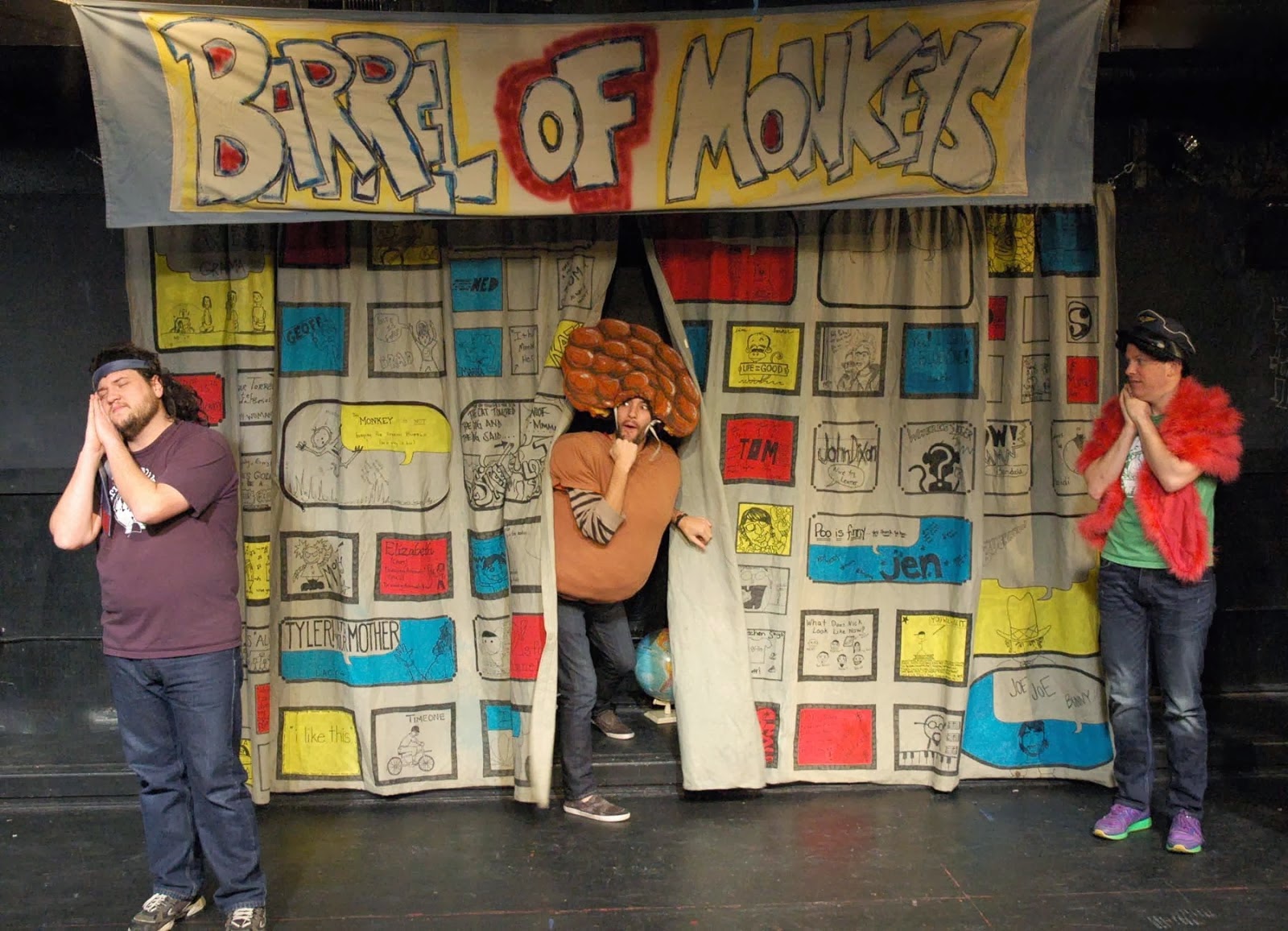 We started celebrating our Spring Break a little early this year with super fun in Andersonville!

That's Weird, Grandma! is a riotous song/dance/skit collection from the creative writing of Chicago public schoolkids. The actor-educators of the Barrel of Monkeys company workshop with the kids in the schools and after school programs to bring the students' words to life, then give them a second life on stage at the Neo-Futurist Theater in Andersonville.

When I read "Space Horses in Space" and "Sad Microwave" from the program to Mia and Nora before the show, we were intrigued, but not sure how the Monkeys could make interesting theater from early-reader efforts such as "the dog was dead. He Hit His Head and He come Back to life."

Oh, were we wrong. From the first dancing meatloaf skit to the rapping grannies, we were giggling, grooving, hurting our hands in wild applause and screaming cheers for the gorgeous music and hysterical jokes. When the cast of fourteen emerged in choir robes and rocked the house harmonizing "Abe Lincoln helped the people to see!" while their girlish "Abe" hammed it up and down the aisles, I was choking with laughter and tears.

Such inventive stagecraft -- you must see what the Monkeys do with a pair of bike handlebars and an empty picture frame in Giovanny's "There Was Nothing."

The presence of the show's young writers is palpable. The performers, who are also the writers' teachers, credit them before each song and their admiration for the work is obvious. There's a stream of Montessori child respect here that deepens the pieces and makes me want to see more. Luckily, every That's Weird, Grandma performance showcases different work, so we can return to more fun. 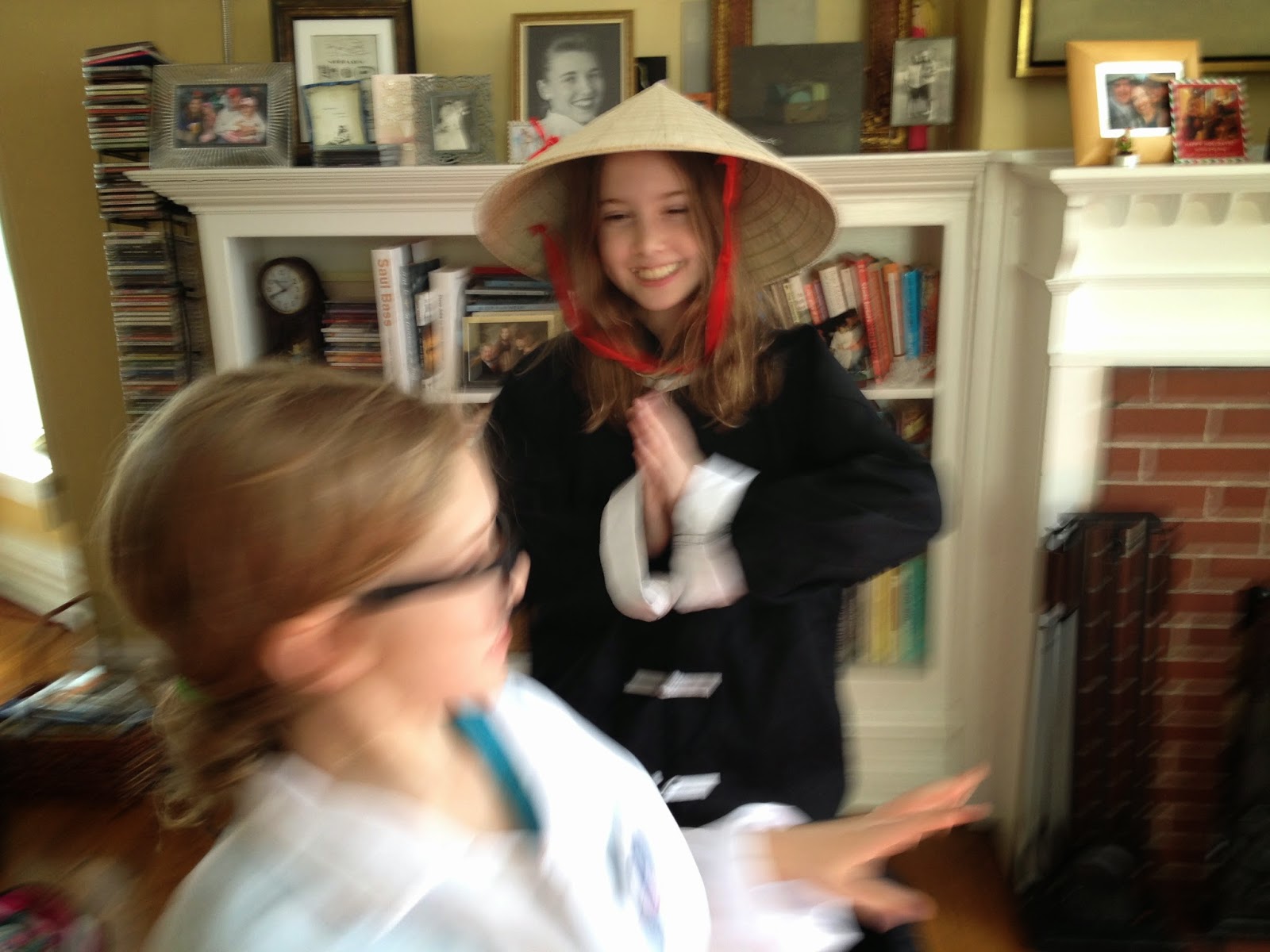 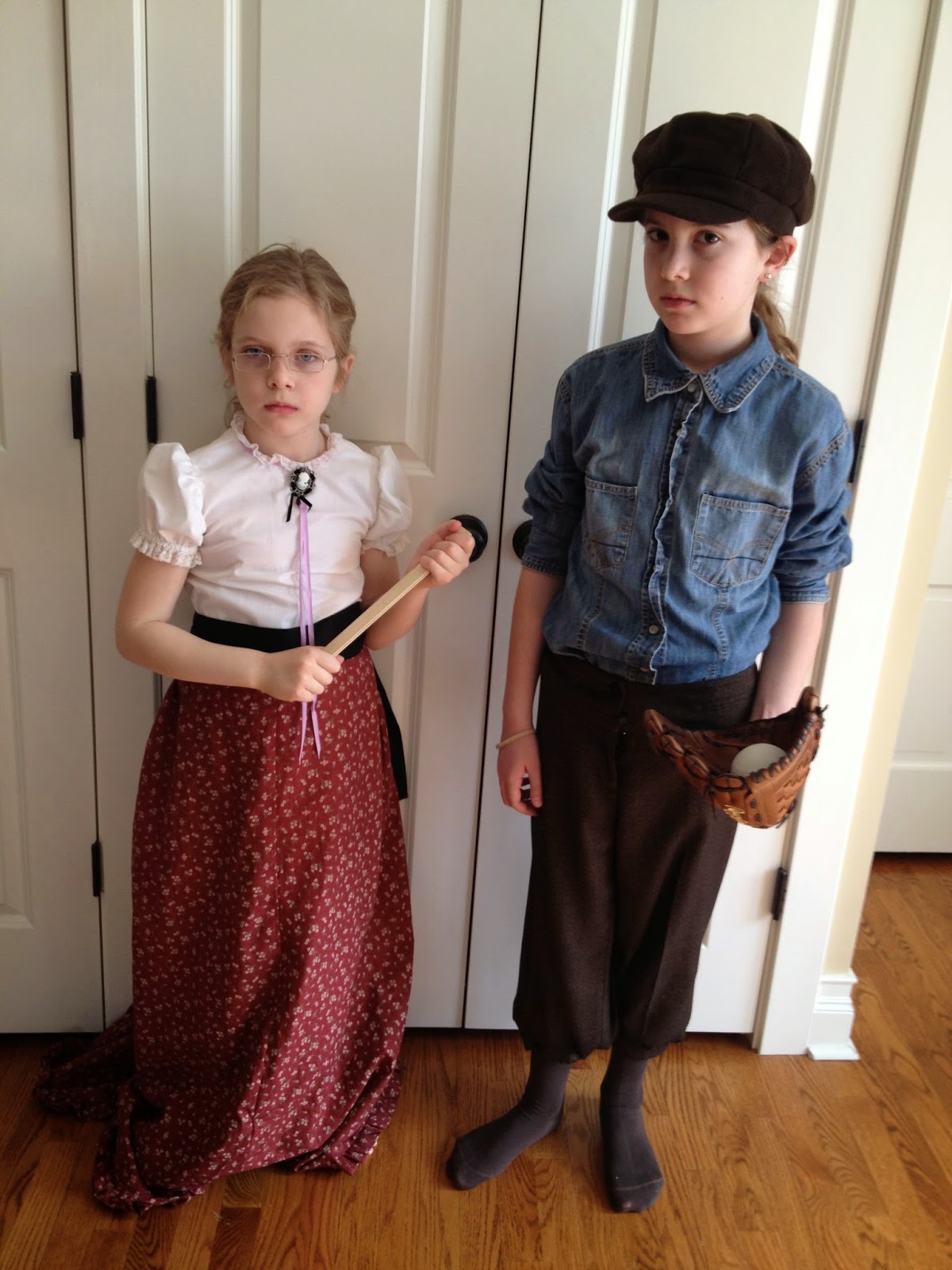 "What else is in the suitcase?" asked Mia the morning after the closing of our show (Variety, that is, McKenzie Elementary, 34th Annual.)

It took me a moment to figure out that my fifth grader, who seems so grown up these days, wasn't offering to help unpack my costumes and props; she wanted to play dress up.

"Go ahead," I told her and so she and her little sister ran off and became a NASA scientist and a Mongolian wall builder, an 1890's schoolmarm and her boyish student (Mia checked the web to see if the baseball was anachronistic.) They bent their knees and chanted "Going to the Moon" to the tune of "Hungry Like the Wolf," just like me and my cast mates had done the night before and I laughed with delight to see them because these children are the true reason for the show.

It's a truth that may be easy to forget when we are spending so many rehearsal hours away and finding so much riotous fun and satisfying improvements on stage -- especially our Wall of China number that resembled the Keystone Cops more than a well-oiled machine all the way to dress rehearsal.

Before I figured out which props should enter from which off-stage wing, we had moments when wall-building blocks knocked into other blocks, when the rakes to scare off the Manchurian samurai swung dangerously, when a crew member handed one of my Workers a block for the wall and she, looking for the inflated dragon head instead, tried to hand it back to him in what turned into a push-me-pull-me comedy of errors where I was laughing so hard I could barely keep singing.

But we figured it out and when the Alumni Night audience applauded the first appearance of the blocks, the perfect picture in my head of Rockettes-type symmetry might as well have came true.

And when that same lubricated audience also applauded a simple four step walk during "McKenzie is Our School" that I had dreamed up during the soft-shoe dances of a Frog and Toad matinee, I was done. That was all I needed to feel like a million bucks, like a rock star, like a director.

Beside the satisfaction of improving over time, the joy of making better and better theater together, there was the sheer silliness that so often made me and my casts dissolve into unstopping giggles, like when I told Sheryl to make a big leap into position and someone said, "Like Kramer coming through the door on Seinfeld!"

Or when I told Michele to use 1890's slang and we all drew a blank, then for the next five minutes all we could come up with was Arrgh-ing our lines like pirates.

And then the outrageous fun of the cast party when the shouty karaoke, the mass dancing to "The Time Warp" and the Worm and Kid 'n' Play and karate kicks and married grinding and Cupid Shuffle all made middle age seems as foolish and fun as college, only with less vomit.

The next morning I was sore and stiff from jumping in heels to Timberlake and Pink and Macklemore, but Nora in the samurai hat and Mia's suitcase question were their own kind of joy, no less deep than applause, a reward of the best kind and a welcome home.