Something I learned from making Blue Apron recipes: Add salt and pepper at every step when you add a new ingredient. It adds so much more flavor than just tossing in a little dash and grind at the end. And when you're cooking, don't forget the thousands of Latin American families separated at the border. It may ruin your appetite but how do the meals of peanut butter on a tortilla or a still-frozen sandwich that detention centers are feeding the incarcerated children sound? 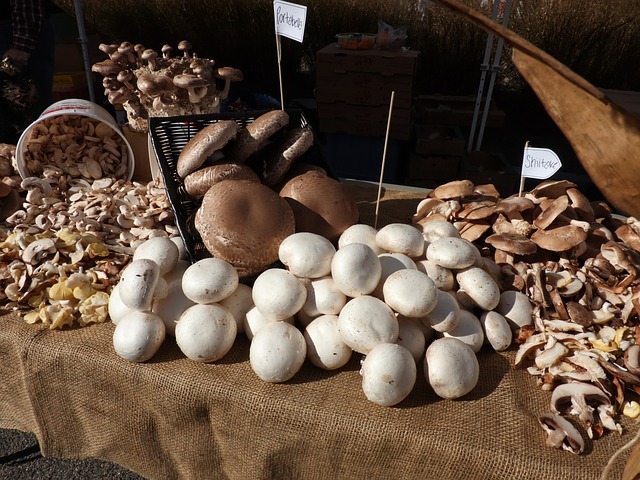 Wow, you won't believe this weird and amazing fact I learned from Time magazine -- did you know if you leave mushrooms outside in the sun for an hour or so before you eat them, they will become a great dietary source of Vitamin D? The effects become even more potent if you chop up the mushrooms before setting them outside. Who knew those little sponges could soak up more than olive oil? Who knew that some of the government contractors who are housing young immigrants are forcibly injecting them with non-prescribed medications to subdue the children? Who knew that an investigation by Reveal from The Center for Investigative Reporting found that nearly half of the $3.4 billion paid to 71 companies that receive funds from the federal government to house and supervise immigrant children deemed unaccompanied minors in the last four years went to homes with serious allegations of mistreating children?

This may not be the most popular opinion this week, but I didn't really like the new movie Incredibles 2. We had just watched the original a couple of days ago before we saw the sequel on Father's Day and I was reminded how stellar the first Incredibles film is.  The story of an intact and loving family of superheroes sets so high a bar that even a valiant effort to recreate the magic cannot come close. Not that director/writer Brad Bird does not try really hard -- he keeps most of the original characters and their interpersonal relationships that we saw previously, but unfortunately just kind of cuts up the beats and pleasures of the first movie and re-arranges them like a toddler's blocks.

The family fighting over who takes care of baby Jack Jack? Here it is again.

The disembodied voice of Frozone's wife? The Incredibles 2 does the same bit again, but this time without Honey's power and humor. What a wasted opportunity to make a black woman an actual character.

Walking back into Edna Mode's living room under the bas-relief of ancient Greek warriors? Nearly the exact shot is repeated. (You would think au courant Edna would have redecorated already.)

Even the line "That's my girl" is said again in the sequel but played this time, it seems, just for old time's sake rather than to express any of the emotional depth and honesty we see in the original. When Helen uses these words to praise her daughter at the climax of the first movie, Violet has just made a force field to protect her family from Syndrome's exploding ship. In this context, "That's my girl" expresses so much: a mother's pride in how far her daughter has come to accept her powers, her place in her family and herself and an acknowledgement of how hard won that acceptance has been.

Watching this scene again, I can't help being struck again with the pain in Helen's voice as she watches the stupid evil big-haired villain flee with her baby. "He's getting away, Bob! We have to do something, we have to do something now! Throw me! Bob, THROW ME!" screams Holly Hunter as Helen and the raw panic in her voice feels like what mothers everywhere are feeling about this wicked administration, their brutal and racist policies toward asylum seeking families, and our helplessness in the face of the awful knowledge that babies, toddlers, small children don't know where their parents are and our government tore them apart without keeping records of where they are. 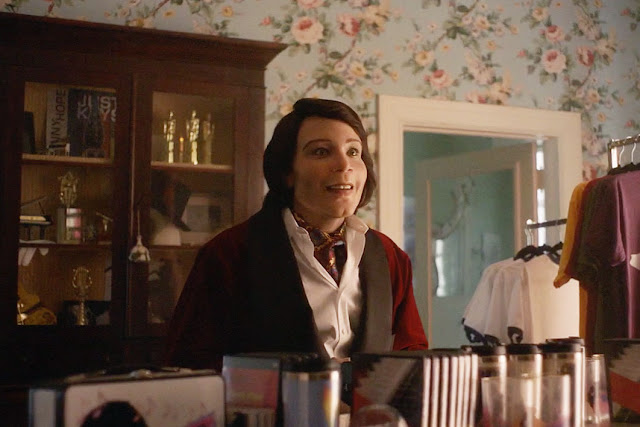 I know, I know, good sequels are hard to do. I do have a recommendation for a better sequel of sorts, a continuation of the themes and moods you loved the first time around: the FX series Atlanta's "Teddy Perkins" episode is a worthy follower to Jordan Peele's movie Get Out.

Sad-eyed Lakeith Stanfield, who sports the straw fedora and yells the title phrase in Get Out reappears in "Teddy Perkins," this time just looking to pick up a free piano. On his way to that innocuous errand he encounters similar strands of persistent dread, racial anxiety and social tension that Peele so brilliantly wove together in his Oscar winning film. You will not be able to stop staring at the Teddy Perkins character -- a creepy Michael Jackson-like recluse with a underlying sweetness. We kept rewinding to watch his scenes and when Randy told me who was under the makeup I could not believe it. Easier for me to believe is the fact that federal contractors are making millions off the abusive immigration policy that incarcerates families who desperately cross our southern border.

Follow the money and see where it goes, says the song and I turn back to the gobsmacking Truth of Ibram X. Kendi.

"Hate and ignorance have not driven the history of racist ideas in American," Kendi writes in his National Book Award winning Stamped from the Beginning: The Definitive History of Racist Ideas in America. "Racist policies have driven the history of racist ideas in America....Time and again, powerful and brilliant men and women have produced racist ideas in order to justify the racist policies of their era, in order to redirect the blame for their era's racial disparities away from those policies and onto Black people....Racially discriminatory policies have usually sprung from economic, political, and cultural self-interests....Capitalists seeking to increase profit margins have primarily created and defended discriminatory policies out of economic self-interest--not racist ideas....The beneficiaries of slavery, segregation, and mass incarceration have produced racist ideas of Black people being best suited for or deserving of the confines of slavery, segregation, or the jail cell."

Hiro Murai directed the "Teddy Perkins" episode of Atlanta and it was utterly cool to find out he's also behind two episodes of HBO's new so so so good series Barry, about a sharpshooter hit man trying to become an actor in LA. Bill Hader from SNL rocks the main character role and comes across somehow equal measures of terrifying, innocent, deadly, earnest and naive. The pleasures of this show go on and on: Henry Winkler's exhausted realist of a drama teacher, his respectful yet ardent wooing of Detective Moss, the hilarious cluelessness of the other acting students, the gentle Chechnya gangster with alopecia Noho Hank. Hiro Murai's brilliant direction of the episode "Do Your Job" creates a quiet massacre that turns melee and I can't help but think of his Japanese heritage and our country's shameful history of interning loyal American citizens of Japanese descent and our continuing and surpassing that history with the government-sanctioned evil happening now. 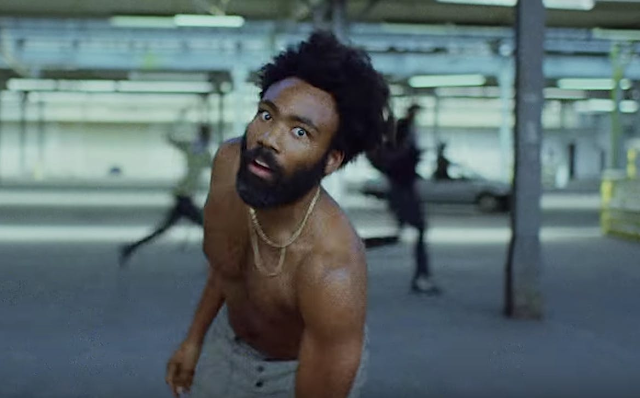 But you can't talk about director Hiro Murai without talking about his video for Childish Gambino's "This is America" and everybody's talking about "This is America." Or they were the week it dropped. Our attention spans are short and our heads our spinning. The news is whiplash-inducing from one hour to the next (Melania visits the children at the border! Is she a hero? Melania wears "I don't care" on her back! No, she's complicit.) Which appears to be Murai and Gambino's point in their video: Smile at the sinuous dance, groove to the beat, gasp at the violence. Rinse and repeat. Some call the dance a distraction, yes, and I will say it is also sustenance. The joy keeps us going because the unrelenting reality is that we are in a nightmare. The video is so perfectly attuned to the atrocity cycle of our country right now that it seemed to become instantaneously iconic. Now I'm jolted to hear the melody in a store (!) -- how can one separate the images from the music -- it feels like it's not even a song, but a fully realized work of art that I love but can't bear. Art is our access to emotions and situations foreign or far from us: it is our gateway to empathy. "It's Sophie's Choice!" we gasp about the news from the border and if a Hollywood movie, a music video, a television show is how we understand and prepare to fight an incomprehensible situation, please let us do so.