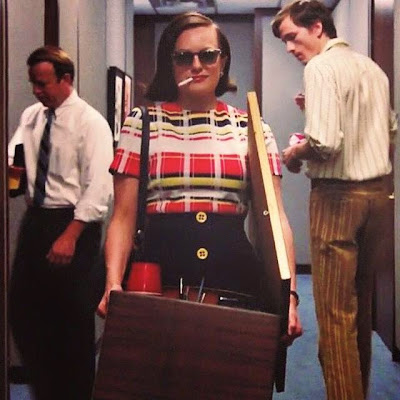 An apt image for our From Left to Write virtual book club day discussing Kate Bolick's celebration of the autonomous life and accomplished women of history who have desired and delighted in their independence, with or without solitude: Spinster: Making a Life of One's Own.

I spent much of my single life alone, but not lonely. At the time, living by myself seemed the most obvious choice, if it seemed like I had any choice at all. When I received the notice from the small mid-western liberal arts college where I was to spend my freshman year that I would be living in a single room, I was content. Even when I saw the pocket size of my bedroom, even when I saw that mine was the only one of its kind in the building because the similarly configured rooms on the other floors had been converted into ironing closets, I did not mind. I liked hiking up to the empty fourth floor attic to find my own private bathroom. I liked the cozy way the head of my bed hit one wall and the foot was tucked against the other.

I spent another year and a half of college in single bedrooms, then rented my own apartment for grad school in Iowa City. I loved that first apartment, the dark wood trim framing the doors and windows, the plaster walls with a picture rail to hang my art posters,  the hardwood floors and big windows facing east, south and west. When I first moved to Chicago at twenty-six, it didn't dawn on me to seek out a roommate until a couple of years later when my cousin found herself in need of a space at the same time I was trying to get out of a bad lease. Sally was the most amiable of roommates and I was sad when she moved to Atlanta with her new beau, whom she would eventually marry.

I married too, at thirty-five, which is seven years older than the national average for women. Yet it did not feel like a delayed decision. Marriage was not on my radar as a young woman; college, grad school and career were my first concerns. No relationship until Randy suited me or had any potential, not that I was even thinking in those terms. Marriage seemed such a throwback, a state unnecessary to the common sense of everyday feminism. My four closest friends were happily childless (and remain so to this day) and busy with fascinating and engrossing work. Who needed Joni Mitchell's "piece of paper from the city hall keeping us tied and true?"

Randy and I lived together happily for seven years and could have continued in that way, but we both wanted children. And although my dear boyfriend offered to give me what I wanted, and although I could not care less about what other people thought, the idea of being an unmarried mother made those imaginary children seem entirely "mine" rather than "ours." So fifteen years ago this July we tied the knot. Two cute little girls arrived soon after.

Does this mean I am not a spinster? Could I still have a spinster's heart within a close and loving family? A heart that is grateful for time to read and write and that adores refreshing solitude, yet also one that courts an emotional self-sufficiency that makes me reluctant to pick up the phone or ask for advice or help. Bolick points out that her spinster life is "teeming with people: family, friends, colleagues." It's a privileged life in many ways, a life of great confidence, one I admire and perhaps envy at times. But there is only one reality, there are no other possible worlds accessible to us except in the imagination, and my full and happy house is my most beloved home. 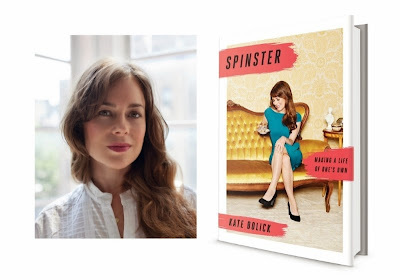 This post was inspired by Kate Bolick's Spinster: Making a Life of One's Own. The publisher provided me with a copy at no obligation. You can read more responses to Bolick's book at From Left to Write.