Sisters, Side by Side 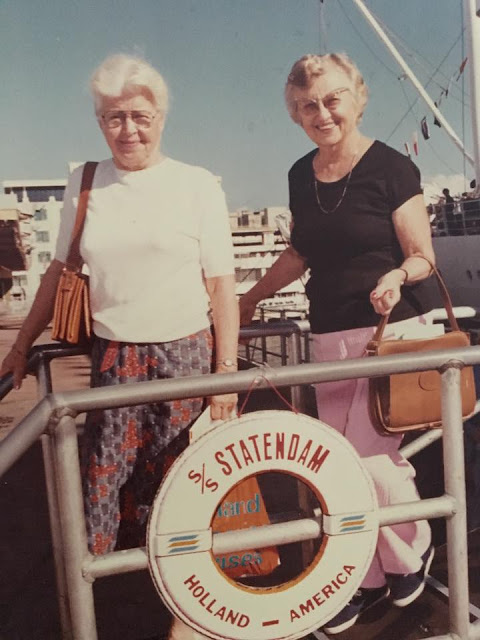 Here are my beloved maternal grandmother and her sister Julia, off on another adventure. The sisters called each other "Mimi" and "Jule." This July 11 was the 110th anniversary of Julia's birth. Amelia's 112th birthday anniversary was July 13.

These dear women were the only daughters of Mateusas and Petronella Gedminas, married in Lithuania in 1892 when he was 24 and she was 20. Mateusas went ahead to America to work in the coal mines of Wiles Barre, Pennsylvania while Petronella lived with her parents. After ten years of waiting, Petronella finally took matters into her own hands and asked her parents for her share of the homestead. She made her way to Amsterdam and then to the U.S. by boat, bringing with her a down-filled feather bed and a ram's horn to shape sausage.
Petronella reunited with Mateusas in Scranton, Pennsylvania where Amelia was born on July 13, 1905 and Julia was born two years later. Mateusas worked in the coal mines while Petronella cooked on a coal stove in their coal-company owned house and carried water from a community pump for baths and washing clothes. She made a small garden for fresh vegetables and kept a few chickens for eggs and Sunday dinner. She also kept boarders to earn extra money. The neighbors would get together to help make a barrel of sauerkraut to share. The housewives made homemade soap and washed clothes on a washboard. They sewed all the clothes for the entire family and made their own bread. They managed to have a pot of homemade soup on the table every day.

As the coal mines were depleted, the family moved to Mollenauer, Pennsylvania, south of Pittsburg, where Mateusas worked the No. 3 mine. The public school was on the hill near the company houses. The Catholic church and school were in the next town, Castle Shannon. The mothers bundled up the children and went down the hill past the No. 3 mine and on the road to school. The children came from Lithuanian, Polish and Slovak homes. They spoke no English when they first arrived but learned it in record time with help from the Catholic Sisters. 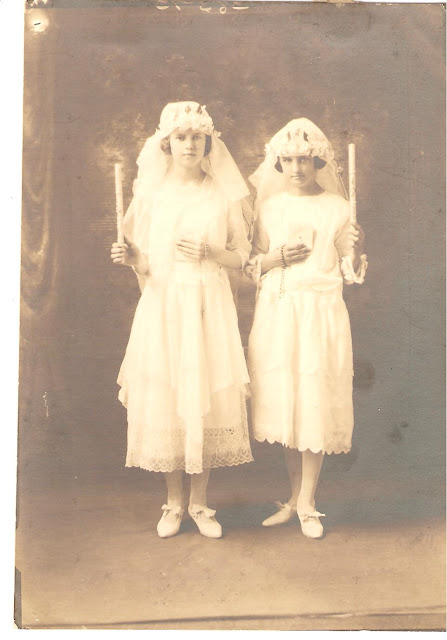 When Julia was nine years old, in third grade, the mines were depleted in and around Pittsburg, so the family moved farther west to Dorrisville, Illinois, to work the Harrisburg coal field in the O'Gara No. 9 mine. Sister Salatia had been a favorite teacher of Julia's and gave her several good-bye presents to Julia to remember her by. Petronella carried the family's entire life savings, $700, in a secret pocket sewn in her undergarments.

The family lived temporarily with the Klevinskas family on South Poplar Avenue before buying the Jarvis' home across the street, right next door to St. Joseph's Church. Both children attended public school and Harrisburg Township High School.

Amelia taught herself to play the piano and the organ. She put on home shows, selling tickets for five or ten cents each. The house and porch would be crowded. She made Julia play a duet with her on the piano. This started out fine, until Julia became stage struck. Her hands froze, her brain became like a big vacuum. Mimi carried on as if it were planned. She also taught a bunch of children to play an orchestra on homemade instruments. She had another group of children sing while she played the piano. The neighbors loved this entertainment. 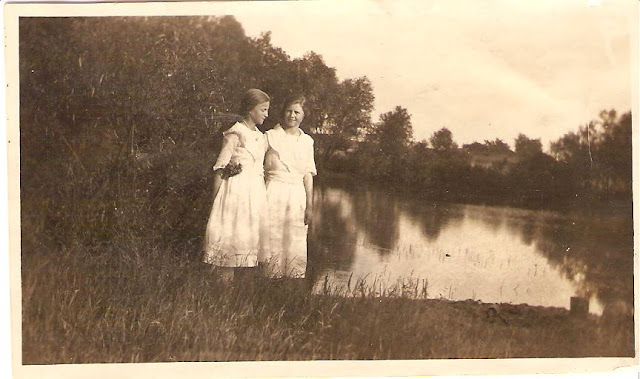 At church, Mimi played the organ while Julia pumped the bellows in the back of the organ all through Mass. Both girls pulled the ropes to ring the bell on Sunday. They dusted and swept the church. They decorated the altar with wild flowers. Once, when they used wild cherry blossoms, the perfume was so overpowering that the priest turned deadly pale and had to cut the services short. 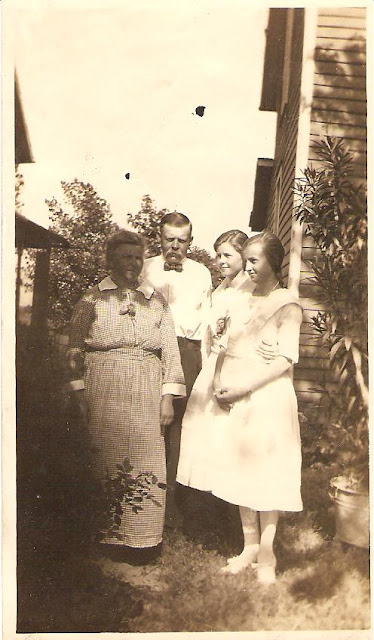 The mine workers were busy during the winter but were on strike in the summer. There was no welfare, no unemployment compensation, no Social Security, no disability pension, so when my great grandfather's hand was crushed, he was no longer able to work. The family moved to Cicero. When the girls graduated high school in 1924 and 1926, Amelia went to work at the Tobey Furniture Company on Michigan Avenue and Julia worked for the F.J. Sauter insurance company.
By 1931, Julia had married Victor Litwin and given birth to Victor, Jr., her only child, who would become like a brother to my mother. Amelia met Anthony Seraponas, whom she called "Tony" or "Tone" and on February 25, 1933, they were married. 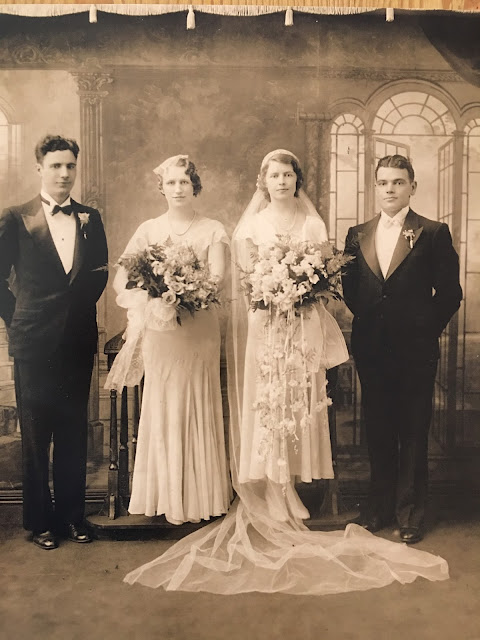 Amelia's diary describes the day:
Saturday, February 25, 1933
Our Wedding Day. What excitement, what flurry! I am glad it is over. It was a lovely day, not cold. Nevertheless I was cold in church. Mother was so lovely. We had breakfast and then went to have our pictures taken. After the pictures we came back and played piano, cards until 5:00 then we cleaned ourselves up and the people started coming in. Received some lovely gifts. 2 bronze lamps, sandwich toaster, lovely crystal glasses, embroidered cloth, set of Rogers silverware, table cloth and 2 sets of dishes. The first table was served at 7:30 and 48 people were served thru the whole evening. Jule certainly worked hard. Then after the work she came downstairs and danced till 2:00 AM. The basement was a great success, with the bar and the accordion player. I was sick through the whole day. I took 3 aspirin but I got thru the day & night all right. I told Tone I certainly never wanted to get married again.
My mother Bernadette was born December 9 of the same year and her sister Joan in September of 1935. Julia had one son, Victor, who became as close as a brother to Bernadette and Joan.

You can read more about my grandmother here:

Amelia and Me
My Grandmother's Diary
Posted by Cindy Fey at 1:36 PM No comments: