If Season One of the Netflix series The Crown explored the question of how a vibrant young woman like Elizabeth Windsor could willingly revert into the emotionless cipher required of the constitutional monarch Queen Elizabeth II, then Season Two's central query seems to be what does that cipher look like while working at her day job?

Here are ten or so moments from the current season that blew me away:

1. The music made it. As Elizabeth's sister Princess Margaret straddled a motorcycle and held on for dear life to her new love Tony Armstrong-Jones in Episode 7 ("Matrimonium"), gorgeous strings played over the image and I was hypnotized. What was this haunting composition? Written for the show? The nifty music-identifying app Shazam gave me the identity of the piece: Max Richter's re-imagining of Vivaldi's Four Seasons. Richter has conjured up a sound that straddles antiquity and modernity; much like this show that makes us think about the current moment while looking backward at the same time. What are the limits and responsibilities of power? Does always looking forward allow the past to damn us? Does a leader serve if she also rules?


2. Another indelible use of music:  Heralding the moment Elizabeth's hairdresser unveils her iconic short and permed hairdo, that helmet we all know so well, with Handel's coronation anthem "Zadok the Priest?" Brilliant. Which leads us to...


3. Phillip's hilarious reaction to the queen's short 'do: "I thought you were hoping for more children from me."

Bah hahah! It's the second funniest moment of the season. And the first...


4. Laughing at Jackie Kennedy! In the show's most audacious episode, "Dear Mrs. Kennedy," the American president and First Lady bumble through their introduction to the queen. "Did they not read the protocol?" wonders the astounded royal secretary after wincing at Jackie's earnest greeting, "Your Grace."

Later, Elizabeth learns from Princess Margaret in a moment of high bitchery that the president's wife bad-mouthed Buckingham Palace and the queen herself. Elizabeth hosts the first lady again, this time at the imposing Windsor Castle and with her guard up. Literally. Poor Jackie faces a near phalanx of mounted cavalry as she enters the palace. The juxtaposition of democracy's representative in her cloth coat with the centuries of British tradition put our usually revered first lady of Camelot in a strange place of ridicule. As much as I enjoyed laughing the woman off her pedestal, the episode quickly reversed again to plunge us into the pathos of her tragedy.


6. The reversals of our conception of Prince Phillip. The meaning of the note, "Remember you always have a family" transforms across Episode 1, "Misadventure," from a scolding to a blessed reassurance of abiding faith. The repeated chorus, "His sisters married Nazis" ... switches into an even more tragic key, if you can believe it, when we meet the loving sister herself in "Paterfamilias."

Actually, reversals is the name of the game this entire season, a constant theme of expectation turned on its ear in revealing ways. An outspoken critic of the young queen is punched in the face and the puncher is cheered for his chivalry. Then the gentleman is revealed to be a far-right white supremacist and our presuppositions about the critic are turned up-side-down. Philip seems to be a dodgy philandered, then SPOILER ALERT, a moving speech about devotion in the last episode of the season leaves us rewinding ambiguous prior scenes again, unsure whether he ever actually cheated on Elizabeth at all.

7. SEX! It is rare in this series (although there is such a suggestive intimacy about the way Elizabeth and Phillip's separate beds openly face each other across the divide) which makes the Tony Armstrong-Jones scenes with former love Jacqui Chan all the more wow in their raw heat. 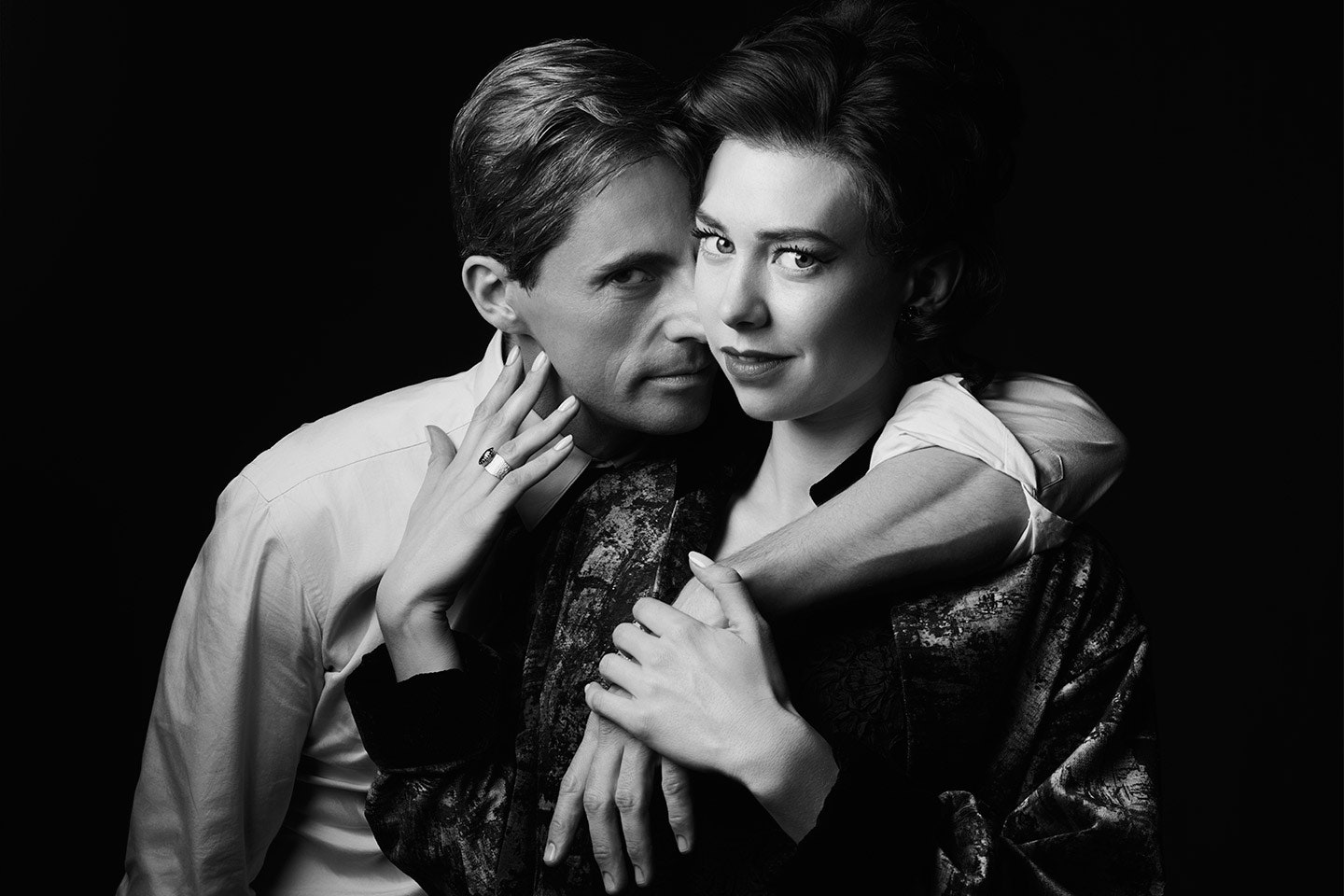 8. Nazi collusion with the abdicated king! Geez Louise! Seriously, finding out in Episode 6 ("Vergangenheit" translates to "The Past") that the queen's abdicated uncle Edward VIII had planned with the Nazis to retake the crown by force from his brother King George VI was the most amazing realization of "how did I not know this piece of history!?"


9. Fond memories of another miniseries. Actor Adrian Lukas (whom I last saw as George Wickam in the 1995 BBC's Pride and Prejudice, BEST ADAPTATION EVER) shows up as the Vice-Admiral on Phillip's world tour and the two have a powerplay that ends deliciously. Did you recognize the Queen Mother actress Victoria Hamiliton as another character from Pride and Prejudice? Hamilton played the young Mrs. Forster, wife to Colonial Forster, whose lax supervision allowed Lydia Bennet to run off with... wait for it...Wickam!


10. Claire Foy's steely portrayal. The 34 year old actress's transformation from hesitant girl to "I am strong, you know" in the final episode is a work of restrained art. Goodbye Claire! Can't wait to see who succeeds you!


11. Remembering that this young woman we see in curlers is the epically historic Her Majesty Elizabeth II, Elizabeth Regina, the namesake of Elizabeth I,  patron of Shakespeare, commander of the Armada, Ruler of the United Kingdom and the British Dominions, Realms, Territories and the Commonwealth. England's goddess. Glorious Gloriana. Many bio-pics contrast the reluctance behind the public face that the famous wear, but Elizabeth here seems to understand and accepts the heavy burden she bears, even when she confesses she never wanted it. "She has a seemingly impossible job," says Lord Altrincham. "She has to be ordinary and extraordinary. Touched by divinity yet one of us."


12. Royal photograher Cecil Beaton's quoting poetry as as he poses his royal subjects (ha ha, see what I did there) for posterity. The themes of public display and public fiction are reiterated over and over in the series. Beaton's gorgeous formal photos perpetuated a royal family image of fairy tale perfection in the first years of Elizabeth's rule. We will see how this image changes in season 3.

Alfred, Lord Tennyson's "Ode on the Death of the Duke of Wellington" is the inspiration when posing Prince Phillip for the photograph commemorating his ascension from Duke to Prince, a moment that is a death of sorts, an end to Philip's old role.

And in the final episode of the season, to commemorate the baptism of Elizabeth and Philip's third child, Andrew, Beaton quotes from Shakespeare's Richard II:

This royal throne of kings, this scepter'd isle,
This earth of majesty, this seat of Mars,
This other Eden, demi-paradise,
This fortress built by Nature for herself
Against infection and the hand of war,
This happy breed of men, this little world,
This precious stone set in the silver sea,
Which serves it in the office of a wall
Or as a moat defensive to a house
Against the envy of less happier lands,
This blessed plot, this earth, this realm, this England.