All This Joy I Have Found 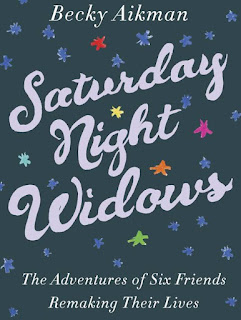 "The only cure for sadness is happiness," says one of the young widows in Becky Aikman's memoir Saturday Night Widows: The Adventures of Six Friends Remaking Their Lives.

Five summers after my sister and brother died, I lay on a fallen tree in the sun beside a cold Colorado stream. The tree's bark had fallen away and the wood was smooth and sun-warmed under my back. I was sixteen years old, traveling with a group of Girl Scouts from around the country, new friends on a four day back-packing trip. We had stopped to snack and rest after a morning of heavy hiking. The stream ran through a shallow valley in the woods. With the blue sky overhead and the heavy tree-shade all around us, it felt like we were at the bottom of a peaceful bowl. We took off our heavy boots to soak our tired feet in the icy water and took off our shirts to bathe in the sun. We laughed at our daring to lounge around in bras and shorts, but we hadn't seen another group of hikers since a pair of trail workers with their pack llama surprised us yesterday morning.

I lay in the sun, in the quiet and the heat, the endorphins flowing from the miles we had covered and I recognized a new but familiar feeling. It was a special kind of quiet ecstasy that I noticed only a couple of times before this.  Once, next to a Pizza Hut, of all places, late afternoon, in the early spring, when a warm buffeting wind and warm smells and the setting sun and purple shadows across a field filled my heart. And once next to my friend Tamar as we watched the film Christ Stopped At Eboli, during a long traveling shot of bare trees against a white winter sky.

I knew losing myself in laughter with friends, I knew the thrill of being in the spotlight and winning awards. This was different: singular, interior, fleeting but unforgettable.

I had used the word Epiphany only as a Catholic "feast" day (the church I grew up with seemed to have a pretty skimpy sense of feast); only later, when I was out of my teens, would I come across the Joycean use of the word - as in a moment of spiritual enlightenment - and adopt it to describe imperfectly these special moments when my senses were heightened by the gorgeousness of the moment and everything was right and joy came to me as intense as pain.

There was no sense of how far I had come that summer day with the Girl Scouts. I didn't think about a journey from dark grief and loss; I didn't dwell on the work of recovering the strength in my leg. I did not think that way then. There was only the Now and the anguish of five years prior was an eternity away.

Since becoming a parent, those shots of intense joy I found here and there in my adolescence have become a daily dose of contentment and abundance. Today Mia pulled me aside after school to show me the chocolate rose a boy gave her. I listened to the girls making music on the violin and piano. We bought Valentine balloons and a leprechaun costume. It's a different ecstasy, this grown-up happiness. It knows the loss, acutely. The loss lives inside. And yet it goes on. Even when the longing overcomes me, my heart's default is joy.

"All this joy, all this sorrow, so much promise, so much pain/Such is life, such is being, such is spirit, such is love" says the singer from Colorado.

You can read more responses to Aikman's book at From Left to Write. The bloggers received a copy of the book with no obligation.
Posted by Cindy Fey at 9:14 PM 3 comments:

The Pain of Maturity 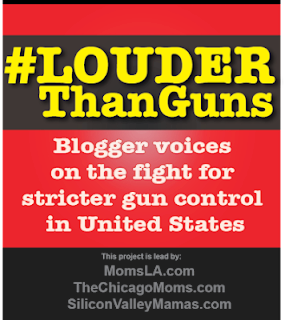 The nurse hands us our tiny child. At the miraculous sight, the memories of the arduous journey to reach this point fade away. We gasp at the tiny fingernails, we are filled with the sweet sensation of the baby's smell, we marvel at the skin, the softest thing we've ever felt. We become parents and in that instant, we transform.

Suddenly, every child's cry alerts our ears, every other parent's pain strikes us in the heart. We have not only opened our individual selves into a family, but we have opened our hearts and minds to the entire world with new understanding and empathy. To paraphrase Elizabeth Stone, we walk around with our hearts outside our bodies. We grow up.

And so the time comes, as Scripture says, to "put away childish things."

America is going through a painful transformation of its own. Some Americans cling to the status quo, to the faulty belief that any and all firearms in civilian hands keep us safer. They howl complaints about rights violations as if the Second Amendment delineated their sole right in the entire Constitution, as if the liberty to own an arsenal of military assault weapons was more important than a child's right to his six year old life.

Our country's lack of adequate gun control, the proliferation of dangerous weapons, our inability to protect Americans from gun violence and the hysterical and irrational arguments against sensible gun control show us that our country is not only historically young, but emotionally and morally immature as well. It is time for us to grow up. Gun control is not only crucial to save American lives, it is vital to our identity as a mature nation.

What are the signs of a national maturity?

When we become mature parents, we take responsibility for the lives of our children, we study the best ways to keep them safe, we advocate for their well-being, and we sometimes need to exercise our greatest patience and tolerate their occasional and temporary insanity. So it must go with America.

We need to take responsibility for the unacceptable daily death toll of Americans from guns. The National Vital Statistics report from the Center for Disease Control reveals that in 2011, the U.S. saw 11,101 firearm homicides, 851 accidental shooting deaths, and 19,766 gun suicides.

The cynical gun control opponents try to argue that these suicide deaths are inevitable. Yet the Harvard School of Public Health has found access to firearms not only increases the risk of suicide, but ensures most attempts will not fail. "About 85% of attempts with a firearm are fatal: that’s a much higher case fatality rate than for nearly every other method. Many of the most widely used suicide attempt methods have case fatality rates below 5%."

American has more guns per capita than any nation in the world, over 75 weapons for every 100 citizens. Our gun murder rate, over 35 people killed per day, is higher than any developed nation that is not embroiled in a drug war. At the January 26 Peaceful Gun Control Rally and Candlelight Vigil at the Chicago Temple, the names were read of eighty-nine Chicago schoolchildren killed since the beginning of the school year. Easy access to guns has resulted in thousands of preventable American deaths.

We need to study the best ways to keep Americans safe.

If the NRA has committed a more malevolent act than claiming that the mental illness system is broken while working to get guns back in the hands of the involuntarily committed, it must be its suppression of scientific research into gun injuries.

In 1996, the National Rifle Association used Arkansas Republican Representative Jay Dickey, the self-proclaimed "point-person" for the gun organization, to sponsor legislation that halted funding for gun research by the CDC. There was no attempt to disguise the law as as a cost-saving measure; the NRA wrote language added to the bill: “None of the funds made available for injury prevention and control at the Centers for Disease Control and Prevention may be used to advocate or promote gun control.”

Research can dispel myths that surround the gun violence controversy, like the idea put forth in this week's Senate hearing by Gayle Trotter that guns protect women. The Harvard Injury Control Research Center found that states with more guns have more female violent deaths. A study published in the American Journal of Public Health determined that access to firearms increases the risk of intimate partner homicide five times more than in instances where there are no weapons.

Abolishing myths takes time, however. The fight for sensible gun control in this country will require great patience on the long road.

We need to exercise firm patience when faced with the rants, tangled logic and brutality of gun control opponents. Mature adults were horrified when the father of a child killed at Sandy Hook was interrupted by pro-gun shouting during his testimony before the Connecticut legislature. We in Chicagoland are no strangers to such incivility; at a recent panel discussion in Glenview, "Guns and Public Safety," the shouts and boos of the gun supporters often drowned out the speakers, including Jennifer Bishop-Jenkins whose pregnant sister and brother-in-law were shot and killed in Winnetka in 1990.

The gun control opponents may be critical, cruel and corrosive, they may offer few constructive ideas, but they are Americans, many of them are law-abiding and they are not going away. Not all gun owners are in line with the NRA leadership, which is sponsored and supported by the gun manufacturers.

Hunters can be responsible and safety-conscious. They can cull over-populated animals, put healthy food on their families' tables, avoid buying feed-lot beef or factory fowl and fight the over-development that threatens the woodlands and wetlands where they hunt.

By working to understand and respect an American tradition, gun control advocates and responsible gun owners can find some common ground.

Much work is ahead. Patient, responsible and well-informed Americans need to step up to change both our laws and our violence-tolerant culture.

On December 14, one or more of the bullets fired in a first grade classroom, a place where no gun should ever be, destroyed the tiny left hand of Noah Pozner, the youngest of the twenty children killed at Sandy Hook that day. As a nation, we must examine the idea of that mangled hand, as so many of us have examined the beautiful hands of our own children the first time we saw them. We must look at the damage that bullets wrought and we must be resolved and transformed.
Posted by Cindy Fey at 11:00 PM 1 comment: